The Peoples of the World Foundation

The text and photographs on this page are copyright by Sathya Mohan. He is an ethnographic documentary film maker from India. 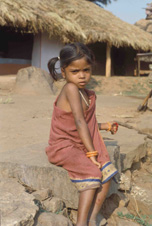 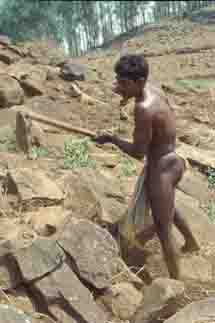 In the economic development of mankind, the cultivation of food crops occurred only some ten thousand years ago. This was brought about by women through the invention of a type of horticulture which is still common among some tribal societies all over the world. This archaic form of agriculture known as slash and burn cultivation, is a way of subsistence for many aboriginal hillmen living in India. Though the modern, commercial exploitation of forests has restricted the areas available to the native tribesmen, there remain several tribal societies representing various modes of archaic farming which followed in time that of hunters and gatherers.

The Samanthas or the Khonds of Visakhapatnam agency are one of the few traditional horticultural communities living in the Eastern Ghats of Andhra Pradesh and Orissa. They speak a language called "Kuvi", which is blended with Telugu in Andhra Pradesh.

Podu — the Slash and burn cultivation — is the major livelihood for the Samanthas. They clear the jungle on hill slopes, burn the trees and grow the crops in the ashes. 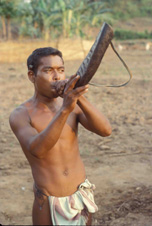 In the past, they used to cultivate a plot for about six or seven years and leave the land fallow for almost ten years, by shifting the cultivation to a new hill slope. This allowed the soil fertility of the old plot to be regenerated along with the growth of the forest. But in recent times the fallow period has been reduced to two or three years due to the restrictions on slash and burn cultivation and the growing population pressure over the land.

The Samanthas perceive certain advantages in slash and burn cultivation over settled cultivation. The management of podu cultivation is simple and does not require inputs like bullocks, agricultural implements and manure. All that is required is a hoe and human labour. Though the crop output from the point of economics is poor, according to the cultivators themselves it is in proportion to their input. They have neither profit motive nor do they calculate the cost of their labour input. Whatever output they get they are satisfied. Slash and burn cultivation is solely meant for their own survival.

The most remarkable feature of podu cultivation is that almost all varieties of cereals and vegetables are grown in one plot which is impossible in the case of settled cultivation. 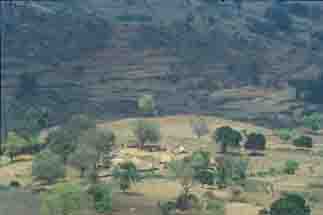 The Samanthas have a strong sense of community living. Every activity of the village is carried out by all the families working in close co-operation with each other. 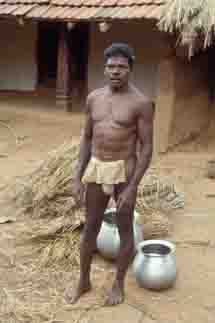 Slash and burn cultivation is not only a subsistence activity, but also a ritual and a religious activity for the Samanthas. Village festivals are observed collectively by the whole village and every household contributes its share, in accordance with the decisions arrived at by the village elders at a meeting. Most of the festivals are connected with either the agricultural activities or the collection of minor forest produce.

In February, during the seed festival known as "Biccha Parbu", the Samanthas worship the village Godess "Jakiri Penu" by offering animal sacrifices. 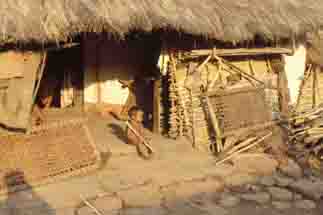 The Samanthas believe that sowing seeds mixed with the sacrificial blood will impress the fertile powers of Nature. It is only after this ceremony, that the Samanthas sow seeds in their fields. In addition to podu, a few Samanthas also cultivate flat fields. When the soil gets moist they plough the field twice or thrice and then they broadcast the seed. They mainly grow dry paddy, ragi, sama and oliselu in these fields.

Wherever feasible the Samanthas have also been practicing terrace cultivation for a long time. Terrace fields are solely for the purpose of growing wet paddy. Wherever there is a possibility to divert a small stream, a wall with stones is built and the sloped ground is levelled. Similarly, a number of plots are levelled below one another, so that the water flows from the higher fields to the lower ones.

Seedbeds of wet paddy are raised in the month of May. In early July, the plots are ploughed twice and the water is allowed to stagnate in the plots for a week. Then, after ploughing again, the paddy seedlings are taken out from the seedbeds and are transplanted in the plots. 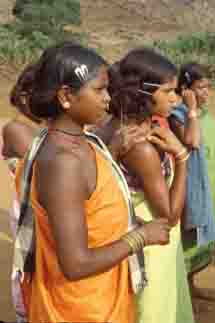 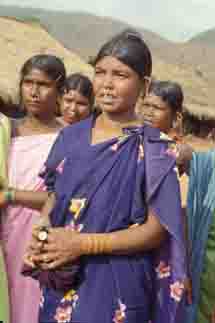 Every family also cultivates garden crops like chilies, tobacco and vegetables in a small piece of land near the village. Women and children collect minor forest produce of various types, such as edible and herbal roots, tubers and creepers, leaves and fruits. The Samanthas sell most of these products at the weekly shandies and buy commodities like kerosene, oil, salt, ornaments and clothing. Traditionally, the shandies have provided the people with an opportunity to barter their surplus produce. The distribution system earlier was limited to the tribal communities in the shandies of this area. But today, these market places have become the centres for commercial exploitation of the tribals by the traders from the plains. The tribal sellers are always found to be the losers in the market economy owing to their innocence and illiteracy. The money-lending tradesmen manipulate the tribals in various ways. Some of the Samanthas are indebted to the tradesmen and are obliged to sell their products at a heavy loss.

The commercial sense of the market is totally alien to the Samanthas. Their economic activity is greatly interwoven and interdependent with their religious life. Their religious pantheon consists of various Gods and Godesses, who are symbols of various forces of Nature. They believe in absolute surrender of human spirits to the Natural forces. The availability of food in the jungle, the fertility of the Earth Mother, the rainfall and also the outbreak of epidemics are supposed to be dependent on the mercy or wrath of the respective Gods and Goddesses. 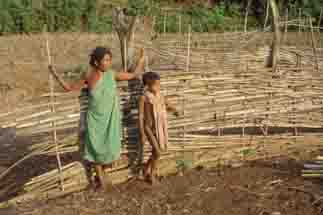 Whenever an epidemic breaks out in the village, the Samanthas propitiate the Goddess of the disease known as "Ruga Penu". After worshipping they ceremonially send the Goddess out of the village.

The Peoples of the World Foundation is a non-profit organization registered in the United States under Internal Revenue Service code 501(c)(3).

© The Peoples of the World Foundation and individual contributors, 1999 - 2020. All rights reserved.